About Us
Services
Solutions
Community
Portfolio

One well-put example describes that “Internet of Things is identical to the railroad lines, including the tracks and the connections, while the Internet of Everything (IoE) is all about trains, tickets, staff, weather conditions and machine customers etc.

The concept of “Internet of Things” is developed by Cisco and states “Internet of things is the intelligent connection of people, data, process and things”. There are millions of devices in factories, oil wells, homes, hospitals, cars and hundred of other places. Due to the rapid increase of these devices we need a concrete solution to connect, store, collect and analyze the data available from these devices. IoT provides broad and deep functionality, spanning the edges to the cloud, so you can build IoT solutions for various use cases across a wide range of devices. By integrating Artificial Intelligence (AI) with IoT, we can build more efficient and smart devices that can work with no access to the Internet. IoT also offers more comprehensive security features so you can create preventive security policies and respond immediately to potential security threats. IoT provides device, software, control and data services.

Also known as IoE, lies the intelligent connection rather than the physical object communicating each other and network intelligence is used to bring all the concepts together to form a more reliable system. Now a days, IoE is considered as superset of IoT.

Cisco, which first coined the term “Internet of Everything” or IoE, believes that this process brings people, data and things together to make a networked connection that is more relevant and valuable. When thinking about connected devices, one of the most common thoughts are items that can be interacted through an Internet connection, such as automatically changing the temperature of a Nest thermostat.

Few people might have the concept of using the Internet of Everything technology in order to retrieve and analyze the data from these devices. For example, instead of changing the temperature through commands, device can send a notification to the user either by email or SMS upon reaching a certain temperature limit. 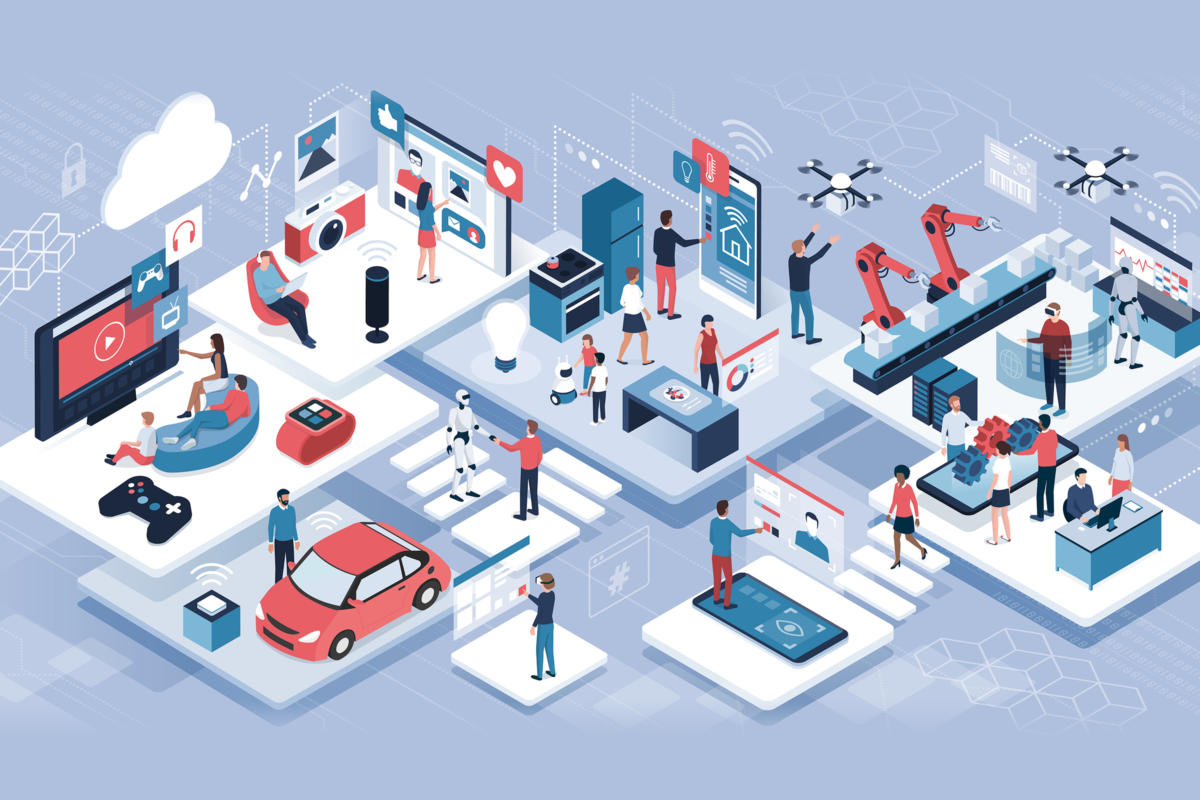 You also have to consider all the data passing between these devices. Data between devices can be in a completely different format from another, meaning that developers have to spend time for translating these data streams. For an analogy, consider that an interconnected world would span the whole globe. Imagine weather researchers analyzing global trends and have to constantly converting devices that report in Fahrenheit to Celsius. These competing standards and different data sources are harmful to the future. Consider the reason that why Internet has become one of the greatest inventions in human history. It’s all started out to people with different skill sets and preferences working away at solving the problems that they face every day. At the moment, it is hard for these kind of people to coordinate with each other and the devices with competing standards and data formats. If a developer builds something that uses Drop Box as data storage, then another developer might find it harder to integrate their services using DropBox.

This is where cloud computing comes in and plays a vital role for connecting these devices together. Thus, IoT without cloud technology is just as good as self-driving cars without machine learning technology.

1 Like
A deep dive into the - Internet of Everything (IoE)